During our Annual Business Meetings, SENPA has been honored to present the prestigious Presidents’ Award, which recognizes an individual or company within the natural-products industry. The President submits his/her choice to the Board of Directors for approval. Winners must meet these requirements: 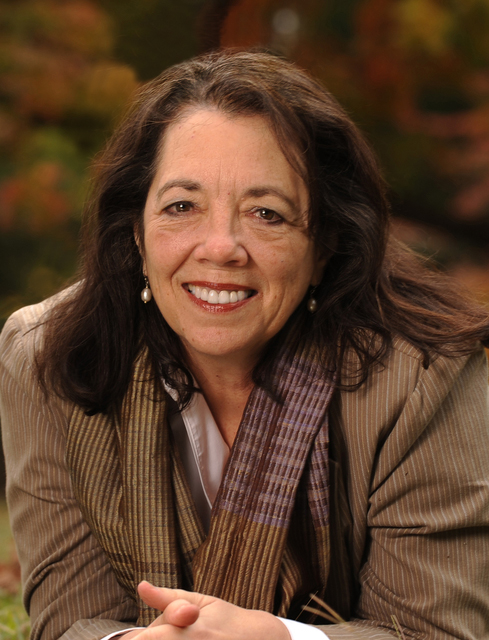 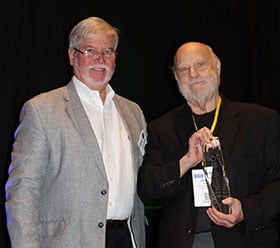 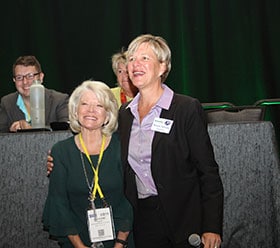 Carylene’s immersion into the natural products industry started with working in, and then owning, the family business that started in 1950.  Her services with SENPA and SOHO started in 1974 when she was elected as Secretary.  She served tirelessly as volunteer Secretary and SOHO show director until 1988, when she became the first full-time staff member of the association.

“This association becomes more than a job, it grabs you heart and soul. So many of you have become a part of my extended family and have made the journey and work a real joy.  What a great honor to receive this award,” said Carylene. 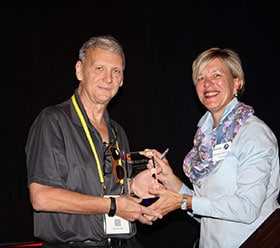 John was born in McKeesport, Pennsylvania. After graduating from Serra Catholic High School, he attended Duquesne University in Pittsburgh, Pennsylvania. John graduated with a Bachelor of Science in Business Administration in 1974. Also, John was in the ROTC program where he received a commission as a Transportation Officer in the United States Army Reserves.

John interest in the food industry began in Metro New York where he started as an End User Representative calling on hospitals, schools, and restaurants for Keebler Food Service. He was promoted in three months to the position of Area Supervisor calling on the major food service distributor for Northern New Jersey, Southern New York State, half of Connecticut and New York City.

After only two months, John received the award for the Number One Sales Representative for Keebler Food Service.
John moved back to Pittsburgh in 1976 and accepted a position with Foodland International as Director of Sales for the company. He developed many new private label items for the chain. He sold these items to the 17 wholesale members national.
John and Linda were married in 1978. They were tired of the icy winters and planned to move south someday

In 1980, after the birth of their son, Brian, John moved his family to South Florida, were he accepted a job with General Nutrition Centers. He was an area manager for the company and was responsible for sales and operations of 10 natural food stores. During this time, he became very knowledgeable in nutrition and re-evaluated his family’s diet.

After the birth of his son, Travis, in 1983, John was offered a position with Tree of Life to manage the natural food sales for the state of Florida. Here, John learned more about nutrition and natural foods. During this time he also got involve with The National Nutritional Foods Association. He was elected as a manufacturer representative on the NNFA board.

In 1985, John was offered a position with the Solgar Vitamin Company. His territory covered the state of Florida. He was now selling vitamins to all the natural food stores in the Southeast. He was very active in the NNFA trade association and in 1987 was elected President-elect. In 1989, John would have taken over as president, but in late November 1989, he was deployed to Saudi Arabia to fight in Desert Storm. John’s rank at this time was a Major in the United States Army Reserves and served as the Liaison Officer for the Egyptian Army. During the nine months in the Mid East,” Major John” (as his Egyptian troops called him) worked on hauling heavy lifts. John learned to drive military vehicles, such as army tanks and double tandems.

After returning from the war, John resumed his position as sales representative with the Solgar Vitamin Company until 1995. In April 1995, he accepted a position at Sunbelt Sales & Marketing in St. Augustine where he managed the mass market sales division for the company. He developed many of the planograms used in the southeast today. The company was sold to Advantage Sales and Marketing in 2002.

In 2003, after 28 years with the United States Army Reserves, Colonel John retired as the Commander of the 2nd of the 349th Logistic Support Battalion. John received several medals during his 28 years of service. His favors are the Legion of Merit and his Bronze star from his time in the Gulf War.

John headed the Specialty Department for several years at Advantage Sales and Marketing. In late 2006, John took over the sales for both Natural and Specialty. He was responsible for directing sales to Tree of Life on a national basis. John has known Gary and Eddie for over a decade. At a chance meeting they started a conversation that lead to another conversation that ended with John coming on board as Director of Natural Sales.

John is glad to be part of the Seidman  team and we know that he will be another great link in our chain. In his free time, John loves to cook. His other hobbies include fishing, reading books on United States and World history, and inspirational books. 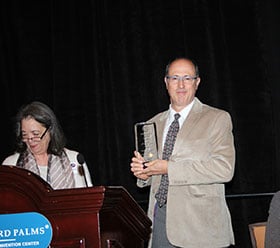 Jay Jacobowitz is president of Retail Insights®, natural products industry consultant, and creator of Natural Insights for Well Being®, a consumer marketing service exclusively for independent natural products retailers. With 39 years of industry experience, Jay has helped develop over 1,000 successful natural products retail stores in the U.S. and abroad. Jay is a popular educator, speaker, and columnist for Whole Foods Magazine and serves the Natural Products Association in several capacities. 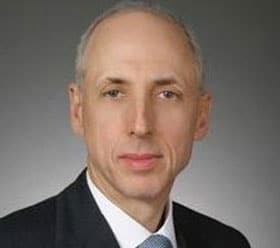 Scott is ranked internationally among the top authorities on FDA-related enforcement and regulatory issues, and coordinates pharmaceutical, medical device, food and dietary supplement matters in the United States, Europe and Asia. He has led audits and investigations involving off-label promotion, pharmacovigilance, PDMA, GMP, and fraud and abuse issues, and handled many FTC investigations. Scott has also acted as an expert on an EU Commission panel, an advisor on new China drug and device legislation, and as an advisor to FDA for its dietary supplement website.

He is recognized as one of The Best Lawyers in America in FDA Law (2013 edition); is “regarded as one of the pre-eminent authorities on FDA enforcement” by Who’s Who Legal; was named an “Outstanding Advisor” in the “Healthcare: Life Sciences” category in Legal 500 United States and was one of five lawyers inducted into the inaugural LMG Life Sciences Hall of Fame in 2013 for both his outstanding FDA and Government Enforcement work. Most recently, Washingtonian magazine included Scott again on its list of Washington’s Best Lawyers as one of the region’s “best legal minds” in the area of Food & Drug Law. 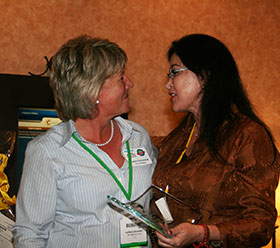 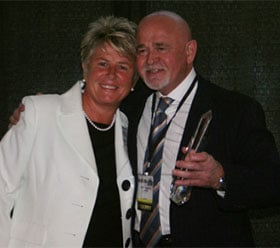 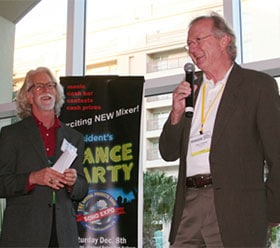 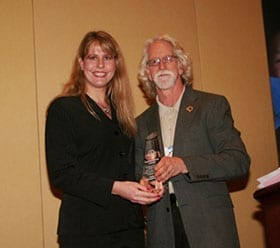 Carlson Laboratories was founded by Susan Carlson in 1965 at the kitchen table in her home. Susan, a pharmacist by training, had learned the benefits of natural (non-synthetic) Vitamin E by reading Adele Davis’ book Let’s Eat Right to Keep Fit. In 1969, her husband John, a civil engineer, joined her in the business.

Since developing their first product, Carlson’s selection of products has grown to become the most complete line of natural vitamin E products in the world. A product development team made up of scientists, marketers and purchasing staff formulate Carlson Laboratories’ product. Their product range has expanded through the years to meet the nutritional needs of their customers. Product lines now include award-winning Norwegian fish oils, a full line of vitamins, minerals, amino acids, special formulations and nutritional supplements.

Carlson Laboratories has supported the natural products industry since the beginning. An early photo at the 4th SOHO in 1974 shows 7 month old Kirsten with the Carlsons at their booth! The Carlson family has, and continues to be, involved in the Natural Products Association. John Carlson served as Supply Chair, on the Standards Committee and the ComPLI committee, to name a few. Most recently, Carlson Laboratories donated a portion of the profits of their Vitamin E sales to the Natural Products Foundation, an organization founded to stimulate and support research, education and knowledge regarding dietary supplements, nutritional foods, and related products, with the overall objective of advancing the knowledge of the public, and thereby, improving the public health.

No one cares more about quality than the people who put their names on it, and Carlson Laboratories is dedicated to providing only the highest quality nutritional supplements. 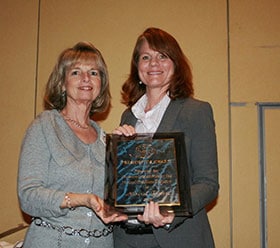 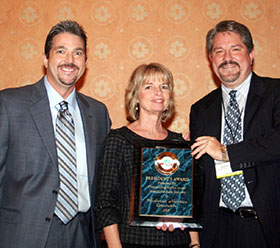 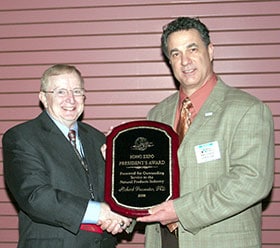 Richard A. Passwater, PhD, has been a research biochemist since 1959. His first areas of research interest were in the development of pharmaceuticals, spectrophotoluminescence, and analytical chemistry. Credited with the discovery of antioxidant synergism, Dr. Richard Passwater has been researching selenium’s role in human health for 45 years. In fact, he is the reason the average health food shopper today is familiar with the terms “antioxidant,” “free radical,” and “selenium.”

Through his research in the 1960s, Dr. Passwater found that selenium was a key nutrient in reducing cancer incidence. This was later verified by several large-scale human clinical trials. Dr. Passwater and his research companion were issued a patent on the use of selenium compounds and the prevention and treatment of cancer (U. S. Patent # 6,090,414 based primarily on Dr. Passwater’s research submitted in 1969). His composition of matter patent covers the combination of selenium and vitamin C.

Dr. Passwater has authored more than 45 books and over 500 articles on nutrition and nutritional supplements. In 1975, his best-selling book, Supernutrition: Megavitamin Revolution, was credited with legitimizing megavitamin therapy and was the inspiration for Solgar’s Formula VM-75®. He writes a popular monthly interview column, “Vitamin Connection,” for Whole Foods magazine.

Dr. Passwater’s discoveries have led to worldwide recognition and accolades. He has also been twice honored by the Committee for World Health (1978 and 1980) and received the National Nutritional Foods Association’s (now NPA) President’s Award in 1999. In 2004, he was awarded the James Lind Scientific Achievement Award and the John Peter Zenger Free Press Award for writing. Having previously served as head of research and development for Solgar, Dr. Passwater rejoined Solgar Vitamin and Herb in 2006.

More information on Dr. Passwater is available at www.drpasswater.com. 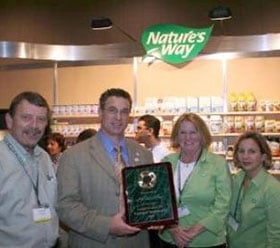 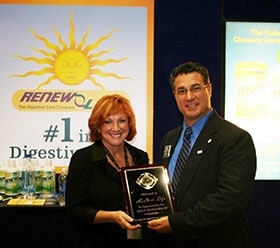 Since 1997 Brenda has dedicated herself to the natural health industry, to producing the highest quality and effective products possible and to the thousands and thousands of consumers she has personally helped get their health back on tract. Her knowledge is surpassed only by her enthusiasm and ability to engage her audience—whatever the medium.

Brenda started her journey through discovering how to heal her own health issues with natural remedies. That was the catalyst that has lead Brenda down the path to her passion to help others heal, focusing in on the digestive system. Brenda has personally traveled around the country teaching, educating and lecturing on the significant impact the digestive system has to the rest of the body. So much so that she has earned the nickname “Diva of Digestion”. Everyday consumers mention to retailers how much Brenda Watson has helped them.

Most people in the natural health industry and consumers alike know Brenda Watson as the founder of the digestive supplement based company Renew Life Formulas. Since 1997 Renew Life has grown into the #1 manufacturer of probiotic formulas amongst many of it’s other superior digestive wellness products. Those of us who know Brenda know how much influence she has had throughout this industry.

Recently, Brenda has turned her focus onto another very important matter, the health of your pets. She and her husband Stan have founded Vital Planet Pets, with a main product being probiotics for dogs and cats. With the same determination and drive that they put into Renew Life Formulas, Brenda and Stan are excited to see Vital Planet Pets quickly becoming a brand name in the natural retail market. Who knows, she may soon be known as the “Princess of Pets”.